As usual, there is no one-size-fits-all solution for office tenants.

It’s important to understand your ideal rent-relief agenda in the relatively immediate & midterm, as well as your newly revised ideas on staffing for the much longer-term. I’ll try to make clear why.

Speaking in terms of a spectrum is useful to crystalize this COVID time negotiating dynamic.

Both tenants already have their PPP in the bank. So they’re able to pay the full monthly rent and actually need to do so through the end of the current fiscal year, in order to get the full benefit of the PPP funding loan forgiveness. This means immediate cash flow relief is not a concern, but near- and mid-term relief might be a big concern.

The tenant whose lease is about to expire is sitting pretty. Starting with likely ability to negotiate a short term lease extension giving more time to complete the negotiation of a new long-term lease. With a six month extension, it can more comfortably determine the new right amount of space and the new right layout, assuming that COVID has changed its in-office staffing needs. That new lease might be a lease renewal in the current building or a new lease in a different building. If the new lease is in the current building, the short-term extension usually becomes moot because Landlord and Tenant void the 6 month extension, as part of entering into a new one.

Landlord would probably love the idea of getting rent from #1 for 6 months longer than expected. That’s because in the alternative, Landlord gets the problem of refilling space that will become vacant if #1 moves out. Landlords like the idea of “treading water” right now.

Especially in COVID time, many landlords will want to conserve their cash and the prospect is very appealing of getting rent without having to spend money on construction, either to build out raw space or remodel an existing space, as part of a new lease.

After the current fiscal year ends Tenant #2 is not sitting pretty, having no choice but to negotiate with its current landlord. The question here is how #2 can maximize its negotiating leverage since it has a 5 year lease.

It might approach its landlord and ask for rent forgiveness for the first few months of the new fiscal year. But that might be about as productive as rubbing a magic lantern.

Instead, those months of rent payment can be deferred and repaid at a later date, let’s say during the last four years of its current 5 year lease. Now the negotiations are about the amount of rent relief and its repayment, including the timetable of repayment and an interest rate to compensate Landlord for, in effect, extending a loan for the amount of deferred rent.

#2 should understand that the pre-COVID office lease negotiating perspectives of both tenants and landlords are not really that different than they are now during COVID time. I’m referring to the expectation that in return for putting in place a lease, which is a revenue stream that adds value to an office building, the landlord  provides a concession package. The concession package is the inducement for a prospective tenant, or an existing tenant, to sign that lease. The longer the lease term, the larger the concession package. In other ways, though, COVID has significantly changed the perspectives of landlords and tenants. More landlords will now have greater interest than usual in spending less cash to get that new lease in place and tenants are less able to predict their staffing levels, and therefore their space needs. We all want an answer to the question: What does the future hold and when?

It’s a quid quo pro dynamic in ordinary times. And that hasn’t changed. That’s why I snarked about rubbing a magic lantern being as useful as asking for rent forgiveness.

#2 wants something it doesn’t have, in the form of rent relief of a specific value, in return for which it ought to be prepared to give the landlord a value the landlord doesn’t yet have. Through negotiation, both sides arrive at an exact understanding of those corresponding values.

In ordinary times, as now, existing tenants have two ways in which to provide added value to their landlord. One way is by leasing more space.The other way is by leasing their current space for a longer period than the remainder of their current lease. Odds are, most charities and companies don’t want to increase the size of their office space right now. But it might be possible to comfortably increase the length of their existing lease. 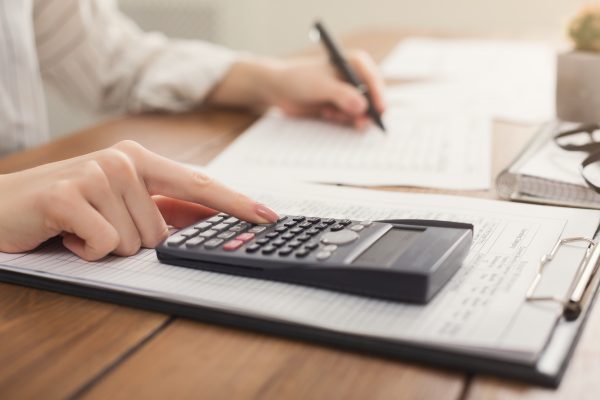 Most often, negotiating an office lease involves clarifying a significant degree of opacity. We’re already pretty far along in doing just that. There is a relatively clear-cut equation with the amount of the desired rent relief on one side and the repayment schedule on the other side.

If the tenant can extend its current lease, there’s a good opportunity to do something much better than just repaying, with interest, the value of deferred rent.

Extending an existing lease adds value for the landlord. If the landlord can get that value without having to spend money on construction, it’s even more valuable, especially now. On one side of the equation is the rent relief, how many dollars of it and how fast will that savings benefit the tenant.  On the other side is how that value will be repaid. If the lease can be extended, it may be possible to not repay it.

Instead, to balance the two sides of the equation, the value of the deferred rent could be “traded” for the value of the free rent concession that’s commensurate with the value of the extended term,. That’s where negotiation comes in. But at least there’s a rational framework for approaching and resolving what is desired by the tenant and the landlord.

We’ll discuss other ideas about office leasing during COVID time in a later post.